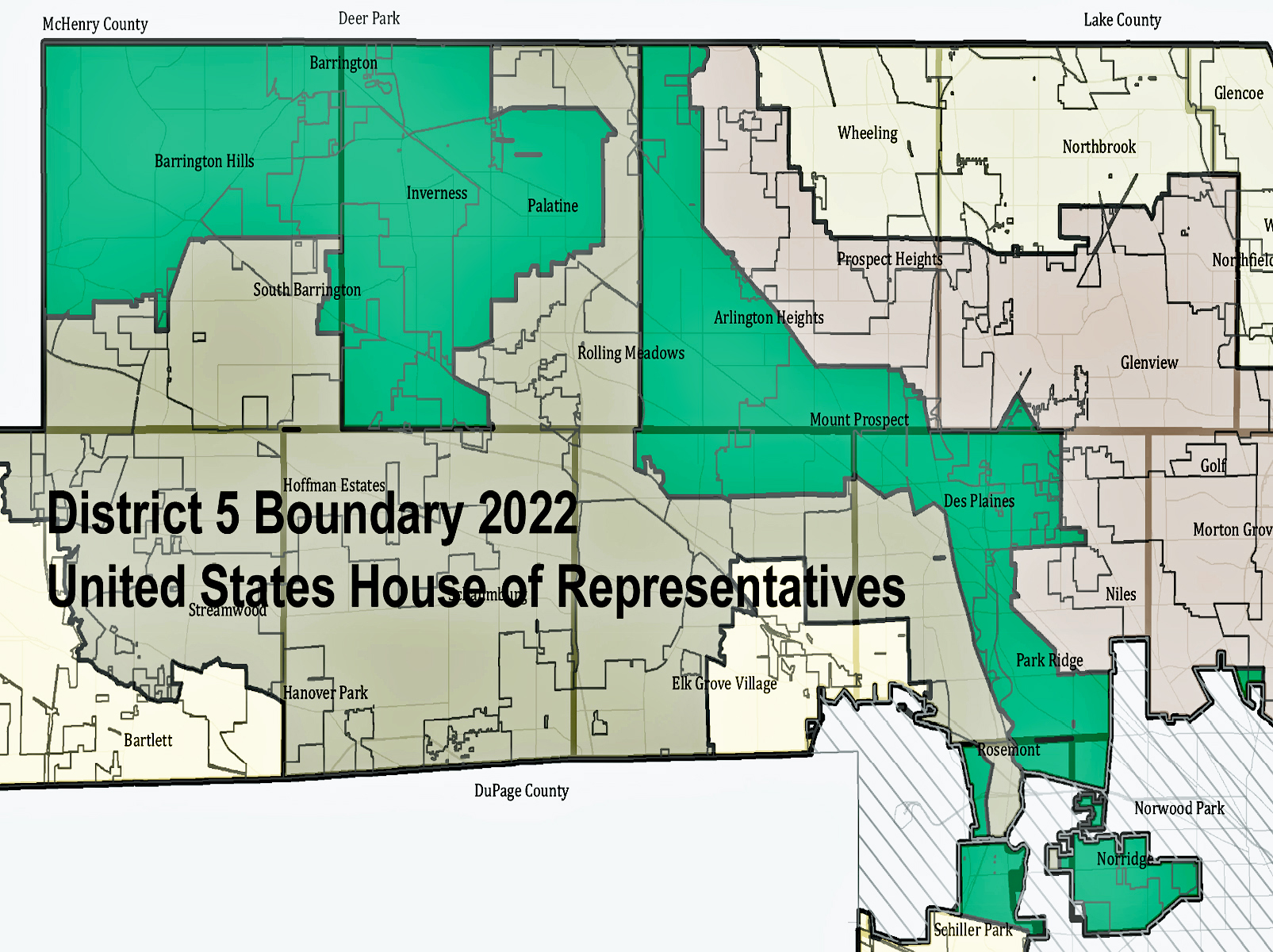 MAPS! We have maps of the new districts!

Do you know what Congressional District you are in now? Or State House District? Or Senate District? We have the maps, from Congressional to County Board. Many thanks to Jerry Freda and Melissa Ortega for putting these together. Palatine Township is now represented by Congressman Mike Quigley and Congressman Raja Krisnamoorthi. For State Legislators, we are now divided among three State House seats: The 51st, the 53rd (represented by State Rep. and our friend Mark Walker) and the 54th. And Palatine Township is now divided between two state Senate seats: the 26th and the 27th, represented by State Sen. Ann Gillespie. You can check your maps here.

Under the new Congressional maps, Palatine Township will be in both the Eighth District with Cong.Raja Krishnamoorthi, left and in the Fifth District with Cong. Mike Quigley, far left. AND under the new legislative maps, Palatine Township is now part of the 51st, 53rd, (incumbent Rep. Mark Walker our friend and neighbor) and 54th House Districts. As for the State Senate, we are in both the 26th Senate District, and the 27th Senate District (incumbent the wonderful State Sen. Ann Gillespie) In which district do you live? And for the County Board, we are in the 9th District (open seat) Scott Britton’s 14th and Kevin Morrison’s 15th Districts. For Congressional and Illinois House maps click here. For Illinois Senate maps, click here. For Cook County Districts, click here.